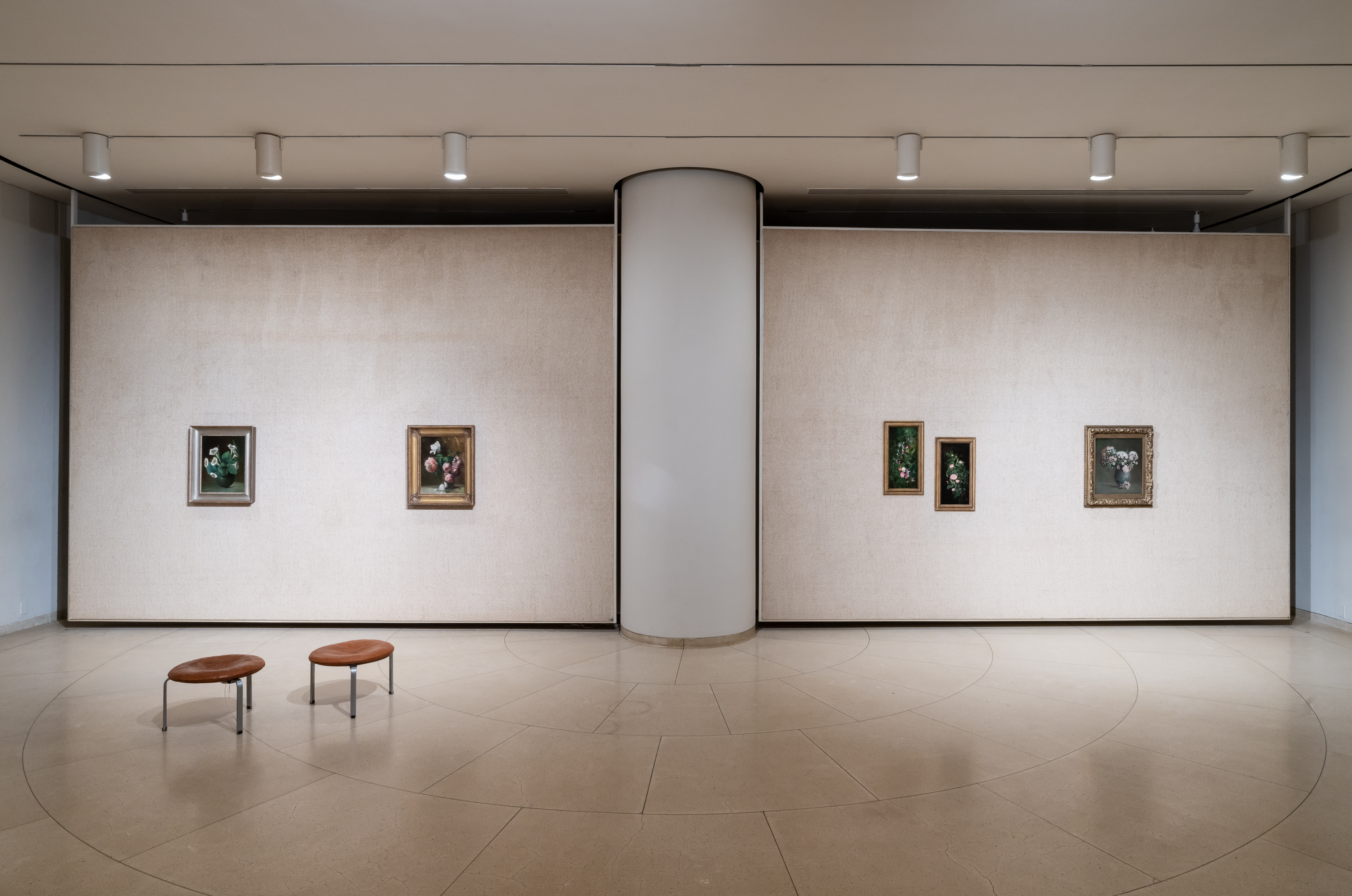 The Glass House proudly presents a selection of nine still-life paintings by Charles Ethan Porter (1847 – 1923) as part of A Colored Garden, a site-responsive commission by artist David Hartt. Based in Connecticut and trained in New York and Paris, Porter is one of the first African American artists to exhibit his work nationally and the only late 19th-century painter of color to focus largely on the still-life genre. On view in the Philip Johnson-designed Painting Gallery, this presentation of Porter's work is the artist's first institutional exhibition since Charles Ethan Porter: African-American Master of Still Life (organized in 2008 by the New Britian Museum of American Art and curated by Hildegard Cummings; traveled to The Studio Museum in Harlem and the North Carolina Central University Art Museum).

A Colored Garden is the result of an invitation extended to David Hartt to consider a site-responsive commission on The Glass House site. Hartt became interested in the site’s recent transformation from a storied private home to a publicly accessible site of the National Trust for Historic Preservation. What narratives are present at the site, and what new narrative possibilities exist? Drawing on the site’s history of gardens, Hartt designed a circular garden for the southern meadow below the Glass House. Spanning forty feet, the garden comprises an array of flowers — including peonies, chrysanthemums, zinnias, and phlox — that bloom sequentially, creating a variation of height, texture, and color. The selection of flowers corresponds to the plant varieties found in Porter's Paintings.

Although Porter studied in New York and worked for a time in Paris, his work is firmly rooted in and inspired by Connecticut where he spent most of his life. In an 1883 letter to Mark Twain, Porter wrote, “I am aware that there are a goodly number of my [Connecticut] friends and others who are anxious to see how the colored artist will make out, but this is not the motive which impresses me. There is something of more importance, the colored people—my people—as a race I am interested in, and my success will only add to others who have already shown wherein they are capable the same as other men.” Hartt selected the title for this work — A Colored Garden — as a provocation that signals Porter’s identification as a “colored artist” as well as the garden’s capacity to function as a metaphor for race within the landscape.

The Remains of Winter: Athena Latocha