The Irwin S. Chanin School of Architecture, The Cooper Union 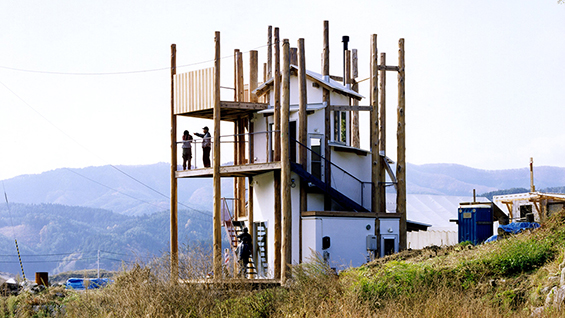 The Irwin S. Chanin School of Architecture, The Cooper Union

After a devastating earthquake struck northeastern Japan in 2011, Ito launched Homes-for-All, an initiative that built 16 gathering places for disaster victims living in temporary housing units. Five years later, in response to earthquakes in the country’s Kumamoto region, he oversaw the building of an additional 100 Homes-for-All.

In 2011 Ito established Ito Juku, an architectural school focused on the future of cities and architecture. Since 2012, he has worked to revitalize the small island of Omishima in southwestern Japan, collaborating with Ito Juku members and the local community.

Recent and current projects include:

Ito’s lecture will focus on rethinking what he describes as the “Modernist ideology” that has encouraged “the massive development of cities along with the global economic system.” Noting the recent “time-out” imposed by the Covid-19 virus, he asks, “Will the society that is metropolitan-oriented change? Or will we return to where we were?”

Toyo Ito’s work has been recognized internationally, including with the Golden Lion from the International Architecture Exhibition of La Biennale di Venezia for Lifetime Achievement in 2002, the Royal Gold Medal from the Royal Institute of British Architects in 2006, the Pritzker Architecture Prize in 2013, and the UIA Gold Medal in 2017.

The lecture will be followed by a conversation and Q&A moderated by architect Toshiko Mori, founder of New York-based Toshiko Mori Architect, Robert P. Hubbard Professor in the Practice of Architecture at Harvard University GSD, and co-founder of VisionArc. She is a fellow of the American Academy of Arts & Sciences and a member of the American Academy of Arts and Letters, and recently received the AIA/ACSA Topaz Medallion for Excellence in Architectural Education.

This event is organized by The Architectural League of New York and co-presented with The Irwin S. Chanin School of Architecture of The Cooper Union.