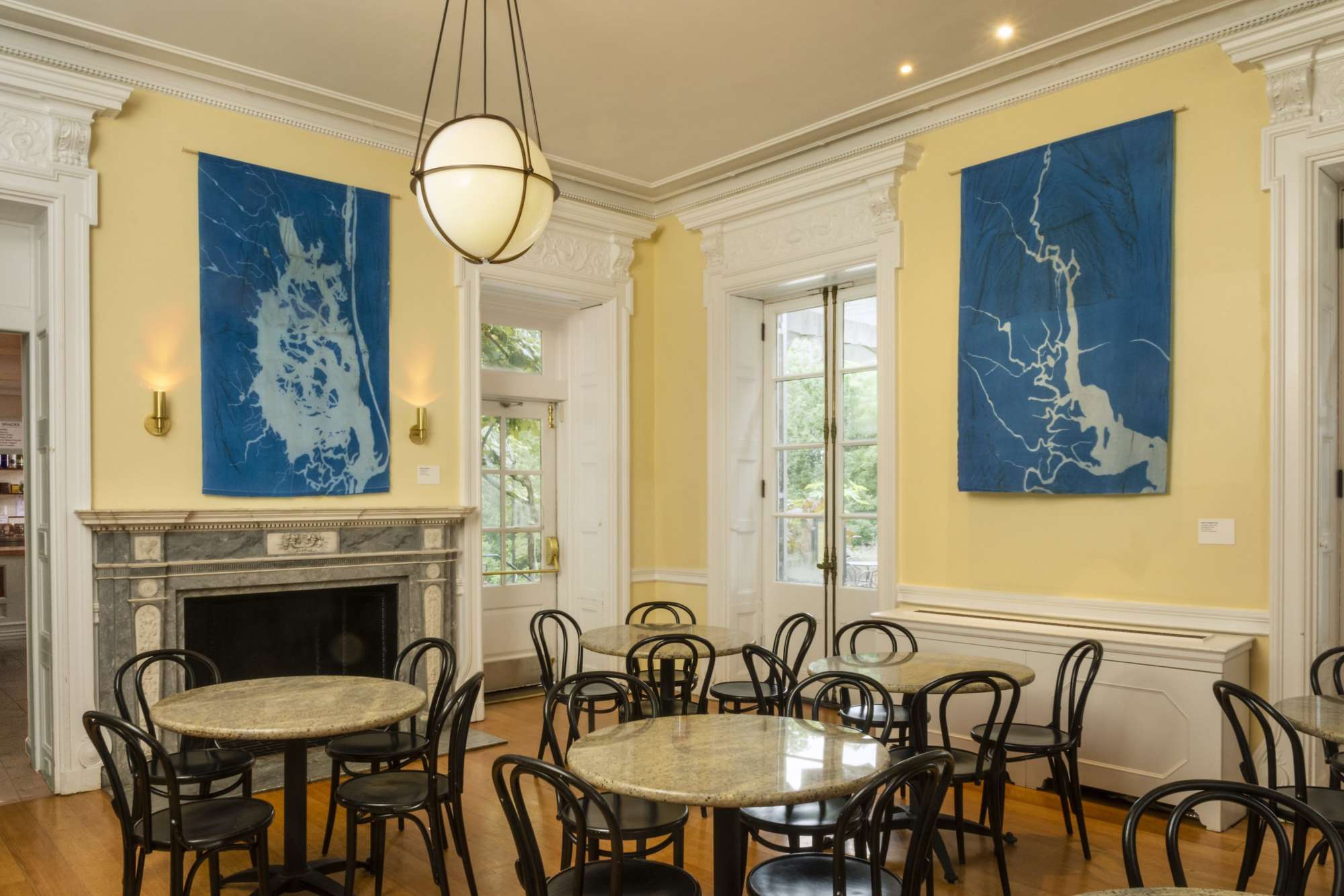 Muscota, Mosholu, Tibbetts Brook features Maya Ciarrocchi's recent cyanotype prints on silk and works on paper that combine historical narratives with embodied and locative mapping to uncover buried pasts while investigating ecological issues. Comprising renderings from historical maps and new drawings with fantastical structures of an imagined future, this current project considers the impact of urbanization on New York City water systems and the shorelines now inaccessible to city residents.
During Ciarrocchi's 2020 Winter Workspace residency at Wave Hill, she developed Mosholu, an ongoing series of drawings and cyanotypes documenting Tibbetts Brook's diversion into the city's sewage system over a century ago. Many of those prints are on view in the exhibition in Wave Hill House. Formerly a resource for food and navigation, Tibbetts Brook originated in Yonkers and flowed into the Bronx. Today, Tibbetts Brook is evident when it floods the Broadway corridor during heavy rains. This, along with combined sewer overflow, a 19th-century system of managing stormwater, contributes to the ongoing pollution of New York City's naturally occurring rivers and streams. The area around Tibbetts Brook, thought to be called Muscota, "place in the reeds," by the Munsee-speaking Lenape, was mislabeled as Mosholu by 18th-century cartographers.
Through this series, Ciarrocchi points to a cycle of infrastructure problems created by centuries of development and industrialization of the land. To learn from the past, Ciarrocchi acknowledges the need to enact change for the future.

Charisse Pearlina Weston: of [a] tomorrow: lighter than air, stronger than whiskey, cheaper than dust.

National Museum of the American Indian in New York