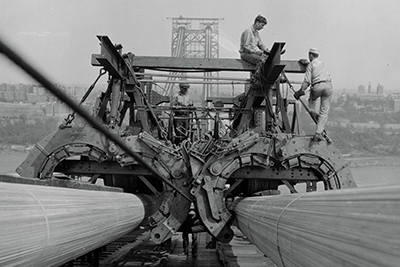 Gateways to New York is a story about the great Swiss structural engineer Othmar H. Amman, who emigrated to New York in 1904 and redefined the art of bridge building in America. Amman's own life, career, and breathtaking constructions were framed by the steady, dynamic acceleration of 20th century America - the roaring twenties, mass motorization, the Great Depression, war, suburbanization, and the economic boom that led to modern consumer society. In addition to his seminal George Washington Bridge - a beacon of modernity - Ammann's most important project in New York are the Bayonne Bridge, the Triborough, the Bronx Whitestone, Throgs Neck Bridge and the Verrazano-Narrows Bridge. Othmar Ammann's life straddles the 19th century and the end of Classical Modernism, an era that he embodied in the truest sense of the word and which, as the most influential architect of steel bridges of his time, he fundamentally shaped.