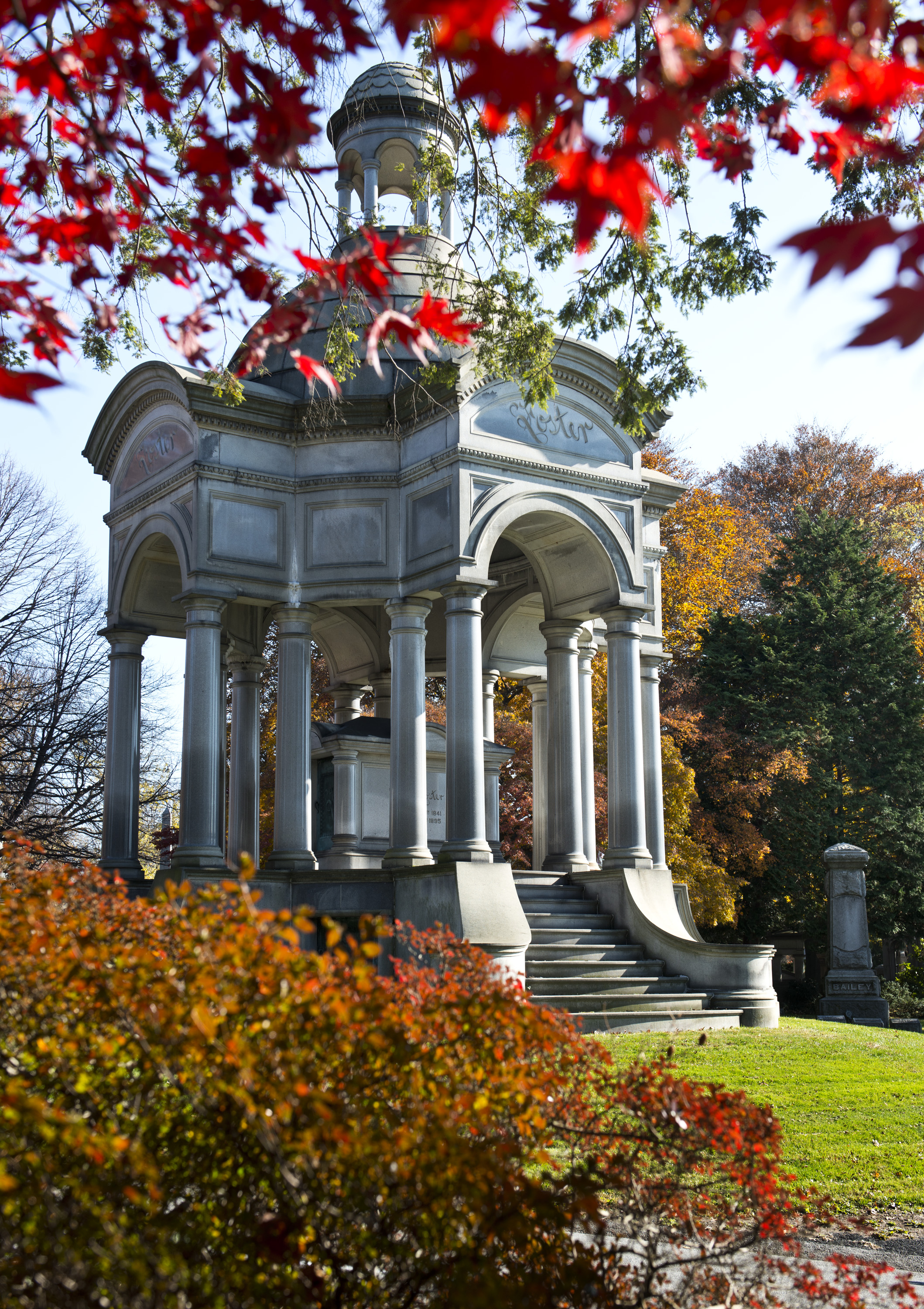 Join HDC and Woodlawn Conservancy for an in-person tour of the art and architectural wonders of Woodlawn Cemetery in the Bronx. The cemetery is a National Historic Landmark and is the final resting place of notables as varied as Elizabeth Cady Stanton, Madame C.J. Walker, and Nellie Bly (to name just a few). The cemetery features works by such noted architects as Carrère & Hastings; McKim, Mead, & White; and Renwick, Aspinwall & Owen, as well as significant sculptures by Robert Aitken, Daniel Chester French, and Attilio Piccirilli. One of Woodlawn’s most notable features is its extensive stained glass collection, a large portion of which are Tiffany. In 2015, HDC chose Woodlawn Heights, the neighborhood bordering north on Woodlawn Cemetery, as a Six to Celebrate.