Genealogy of Bassac: Unpacking The Architecture of Independence 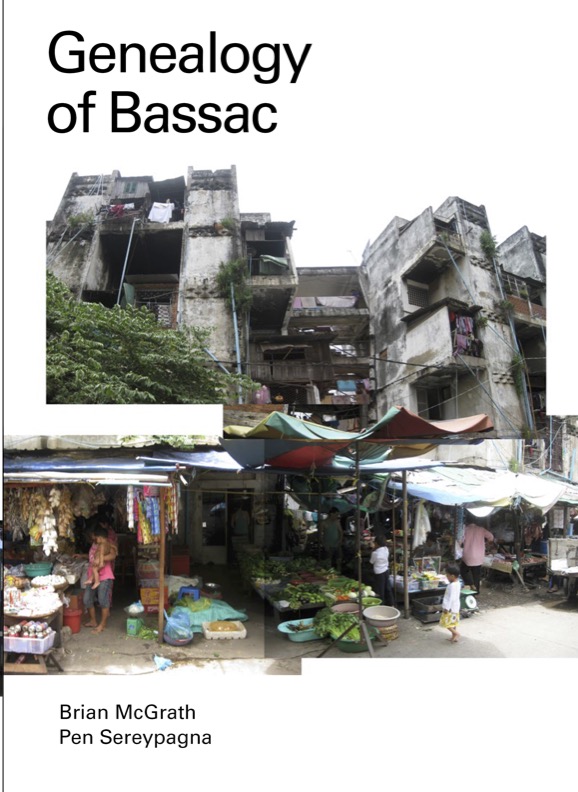 The School of Constructed Environments at Parsons School of Design

The Genealogy of Bassac is the story of the conception, inhabitation, abandonment, rehabilitation, eviction and demolition of the White Building (1963-2017) in Phnom Penh, Cambodia. Born as a modernist architecture icon as part of the Bassac waterfront cultural district, the 300-meter-long porous housing slab invited a remarkable range of personal adaptations as the survivors of the Khmer Rouge returned to the city in 1975.

In its first 14 years of life, the White Building had witnessed an enormous human tragedy with forced evacuation of cosmopolitan Phnom Penh, and the purge of culture workers. However, over the next 42 years, the White Building saw the remarkable regeneration not only of the district, but also the redefinition of modern Cambodian culture. But the White Building’s life was cut short, sacrificed to the casino economy of contemporary Cambodia. This book traces the family tree of this self-selecting extended family of the survivors of the Khmer genocide and a new generation with no memory of the tragedy.

Architects, artists, musicians, dancers, film makers, curators and historians tell the story of a life cut short, but a spirit that lives on. That spirit is in the making of the city as the ongoing cultural production of its residents, which presents a counter narrative for Phnom Penh, the Pearl of the Orient.

The School of Constructed Environments at Parsons School of Design