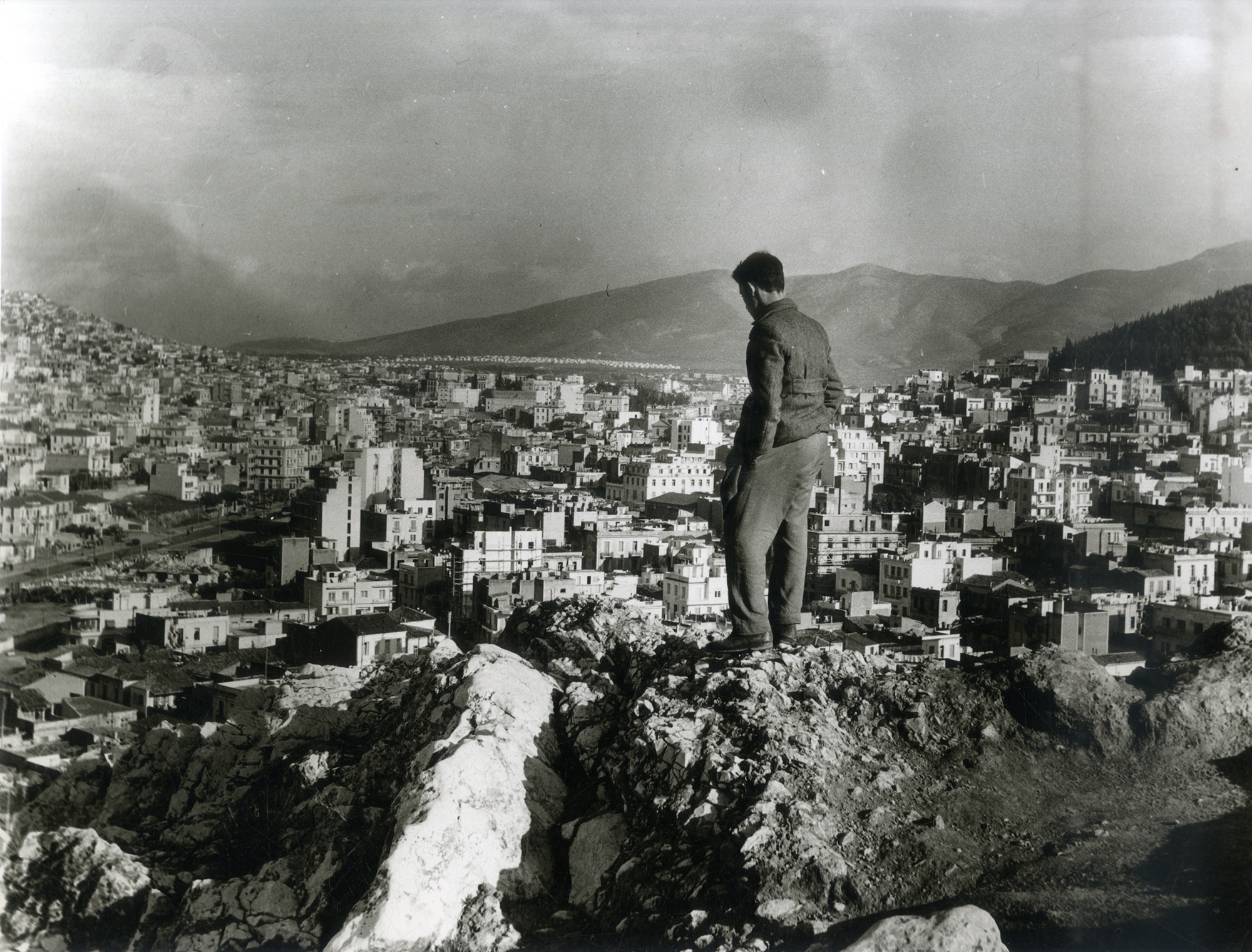 About the Speakers:
Simon Critchley is Hans Jonas Professor of Philosophy at the New School for Social Research. His books include Very Little…Almost Nothing (1997), Infinitely Demanding (2007), The Book of Dead Philosophers (2009) and The Faith of the Faithless (2012). Recent works include a novella, Memory Theatre, a book-length essay, Notes on Suicide, and studies of David Bowie and football and Apply-Degger (Onassis, 2020). His most recent books are Tragedy, The Greeks and Us (Pantheon, 2019) and Bald (Yale, 2021). He was series moderator of ‘The Stone,’ a philosophy column in The New York Times, and co-editor of The Stone Reader (2016) and is a member of the Board of Directors of the Onassis Foundation. He is also 50 percent of an obscure musical combo called Critchley & Simmons.

Neni Panourgiá is an anthropologist, Adjunct Associate Professor at the Prison Education Program, Psychology Department, and Academic Adviser at the Justice in Education Initiative at Columbia University. Her essays on anthropology, ethnography, critical theory, art and architecture, critical medical studies, and politics can be found in Mousse, Documenta, American Ethnologist, Ethos, Anthropological Quarterly, angelaki, and many edited volumes. Her book publications include Fragments of Death, Fables of Identity: An Athenian Anthropography, Ethnographica Moralia (co-edited with George Marcus), Dangerous Citizens:The Greek Left and the Terror of the State, and a new edition of Paul Radin’s Primitive Man as Philosopher. Her new book The Grammar of Confinement (published in Greek by Εκδόσεις Νεφέλη), is forthcoming in English.

Ioanna Theocharopoulou is an architect and architectural historian whose research focuses on cities and on the histories, theories, and evolving concepts of post-carbon architecture and society. Her writing has appeared in numerous books and journals, and she has collaborated on curating and chairing several academic conferences, including "Ecogram: The Question of Sustainability at Columbia University" (2008–11), and "Cities and Citizenship" (2014) with the Goethe-Institut and New York University. More recently, she was a participant at the Athens Urban Age Forum organized by the London School of Economics Cities Program and the City of Athens (June 2022). She is a Visiting Lecturer at the department of Architecture, Art and Planning, Cornell University.‍‍

Nader Vossoughian, Ph.D. is an associate professor of architecture at NYIT and an adjunct associate professor at Columbia University. His main research interests lie in the relationship between architecture and communication. The primary focus of his work has been modern architecture’s relationship to intellectual history, politics, and technology during the course of the twentieth century. His publications include Otto Neurath: The Language of the Global Polis (2008/2011). For a number of years, he has been writing about the German architect and industrial builder Ernst Neufert.

Film screening: “Builders, Housewives and the Construction of Modern Athens”, award-winning documentary based on the book of the same title, by Tassos Langis and Yiannis Gaitanidis (Greece, 2021). Selected to be part of the annual Architecture and Design Film Festival (ADFF), New York.

This event is offered in person and virtually; COVID-19 vaccinations and face masks are strongly encouraged for all visitors. Read our full Health and Safety Protocol here.

If you register for a virtual ticket, you will receive an email with a Zoom link to access the program.

To celebrate the third edition of Ioanna Theocharopoulou’s book Builders, Housewives and the Construction of Modern Athens (Onassis, 2022), the Onassis Foundation is hosting a wide-ranging discussion about the relevance of this modern city, its architecture, and ancient history.

Architectural historians have tended to disparage the lack of formal planning and the apparent homogeneity of Athen’s “box-like” concrete buildings. By casting Athens as a uniquely local mode of informal urbanism, a phenomenon that, in a broader sense, is found around the world and particularly in the “developing” world, Theocharopoulou’s book offers a critical re-evaluation of the city as a successful adaptation to circumstance, enriching our understanding of urbanism as a truly collective design activity. Builders, Housewives and the Construction of Modern Athens advocates for an architectural history that allows access to the conceptual worlds and the imaginations of builders and inhabitants. This approach departs from a focus on structures designed exclusively by architects and planners, to explore processes—financial, cultural, and material—that rely on self-organization and community. These improvisations and adaptations, which succeeded in producing a dense and vibrant city, can, in turn, help us imagine how to create more sustainable and livable urban models today.

This event will consist of a panel discussion generously sponsored by the Onassis Foundation.