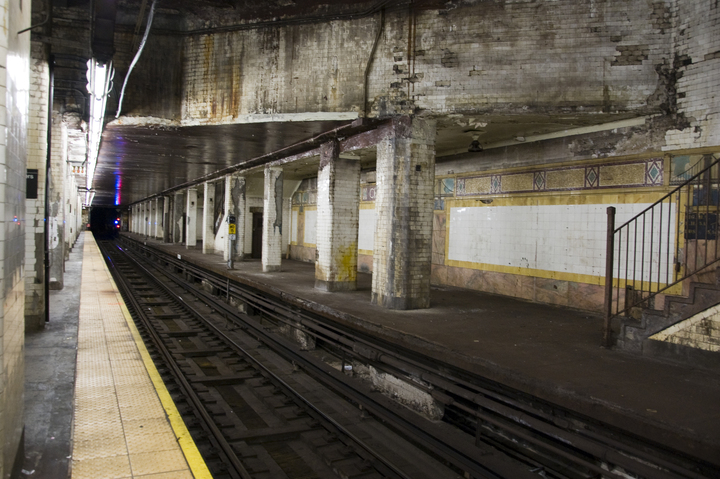 Explore the world’s largest subway system, the beating heart of the city that never sleeps. On this guided New York subway walking tour you will discover the fascinating beginnings of the New York City subway, and explore spaces even the most seasoned commuter might not know about. We will discover the story of the very first subway which was built illegally under the cover of night and many other surprising stories. Using the 6 train as our own ten-car time machine, we will also ride through and see abandoned stations that riders unknowingly pass by everyday, including the famed City Hall Station. The subway tour will end in one of the latest transportation hubs of lower Manhattan where we will discuss of mass transit in NYC. All the stops on this tour are in stations which are publicly accessible. Guests will need to swipe once inside the subway system.

- Explore City Hall Park as the birthplace of the NYC subway system, including elements of the famed, decommissioned City Hall Station you can see right in the park
- Learn about the comically short route of the mythical “Subway before the Subway,” Alfred Ely Beach’s Pneumatic Transit System
- See the architectural ghosts of the now nearly forgotten, and partially abandoned, Chambers Street station then nicknamed the “Grand Central of Downtown”
- Use the 6 train as your own time machine as you ride through abandoned subway stations
- Discover the remnants of Union Station as you learn about a hidden art installation thousands of riders walk by everyday