Overheated: How Capitalism Broke the Planet–And How We Fight Back 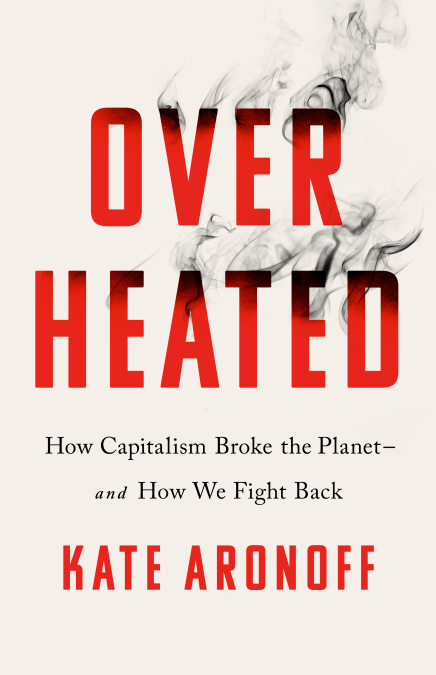 A lecture and discussion with the author of Overheated, Kate Aronoff joined in conversation by Professor Reinhold Martin, Director of the Temple Hoyne Buell Center for the Study of American Architecture and the History and Theory sequence of the M.Arch program at Columbia GSAPP; Alyssa Battistoni, Assistant Professor of Political Science at Barnard College; Kian Goh, Assistant Professor of Urban Planning at UCLA Luskin School of Public Affairs; and Patrick Houston, Climate and Inequality Campaigns Associate at New York Communities for Change.

Fall 2021 public programming will be a virtual/in-person hybrid. Columbia affiliates holding a green pass may attend in-person events, while the general public may attend via Zoom Webinar. All events will be recorded and available for later viewing unless otherwise noted.

Organized by the Temple Hoyne Buell Center for the Study of American Architecture.

Kate Aronoff is a Brooklyn-based journalist whose writing on American politics and climate change has appeared in Harper’s, the Guardian, the Nation, Rolling Stone, the New Republic, the American Prospect, Dissent, Jacobin, the Intercept, and the New York Times. She is a staff writer at The New Republic. She is the co-author of A Planet To Win: Why We Need A Green New Deal (Verso) and the co-editor of We Own The Future: Democratic Socialism, American Style (The New Press).

Alyssa Battistoni is a political theorist and Assistant Professor of Political Science at Barnard College. She topics related to political economy, environmental politics, feminism, and the history of political thought. Battistoni has written for publications including the Nation, Dissent,* n+1, *Boston Review, and Jacobin. She is the co-author of A Planet to Win: Why We Need a Green New Deal (Verso) with Kate Aronoff.

Patrick Houston is the Climate & Inequality Campaigns Associate with New York Communities for Change. There, he engages Black and brown and low-income communities in climate justice advocacy campaigns. Originally from North Philadelphia, Patrick is an alum of Community College of Philadelphia and he holds a BA from Swarthmore College in political science and environmental policy.