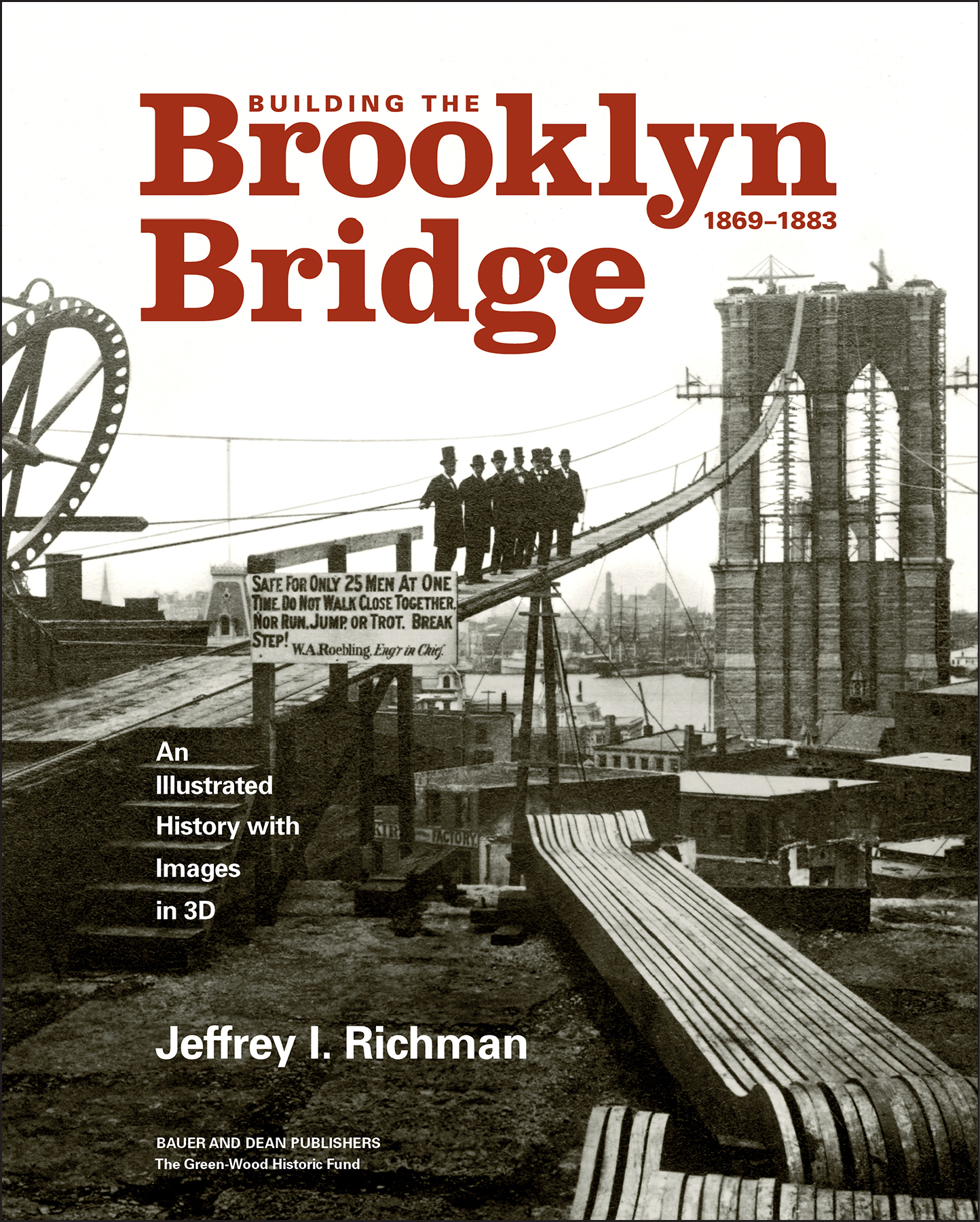 Author Jeffrey I. Richman will describe in engaging detail how the Brooklyn Bridge was built and explains the function of each of its complex parts, from the anchorages and elegant towers to the massive cables, and the challenges each presented.

In a talk based on his new published book, Building the Brooklyn Bridge, he will tell the story of how a structure of unprecedented size and technology was built over the East River, connecting, for the first time, the then independent cities of Brooklyn and New York, two of the most populous cities in America. This awe-inspiring bridge-built between 1869 and 1883 during an age of technological innovation-was not only a modern engineering feat of extraordinary imagination, fortitude, and skill, it also was a towering beacon of human triumph. Proclaimed the 'eighth wonder of the world' soon after its completion, the bridge provided a safe alternative to the unreliable ferry system. People could now travel high above one of the busiest waterways at the time, wonderstruck by the magnificent views as they journeyed across by foot, horse-drawn carriage, or railway.

Owing to the ingenuity and foresight of chief engineers John and Washington Roebling-father and son-the Brooklyn Bridge still provides a vital link, with well over 100,000 people crossing over it every day.