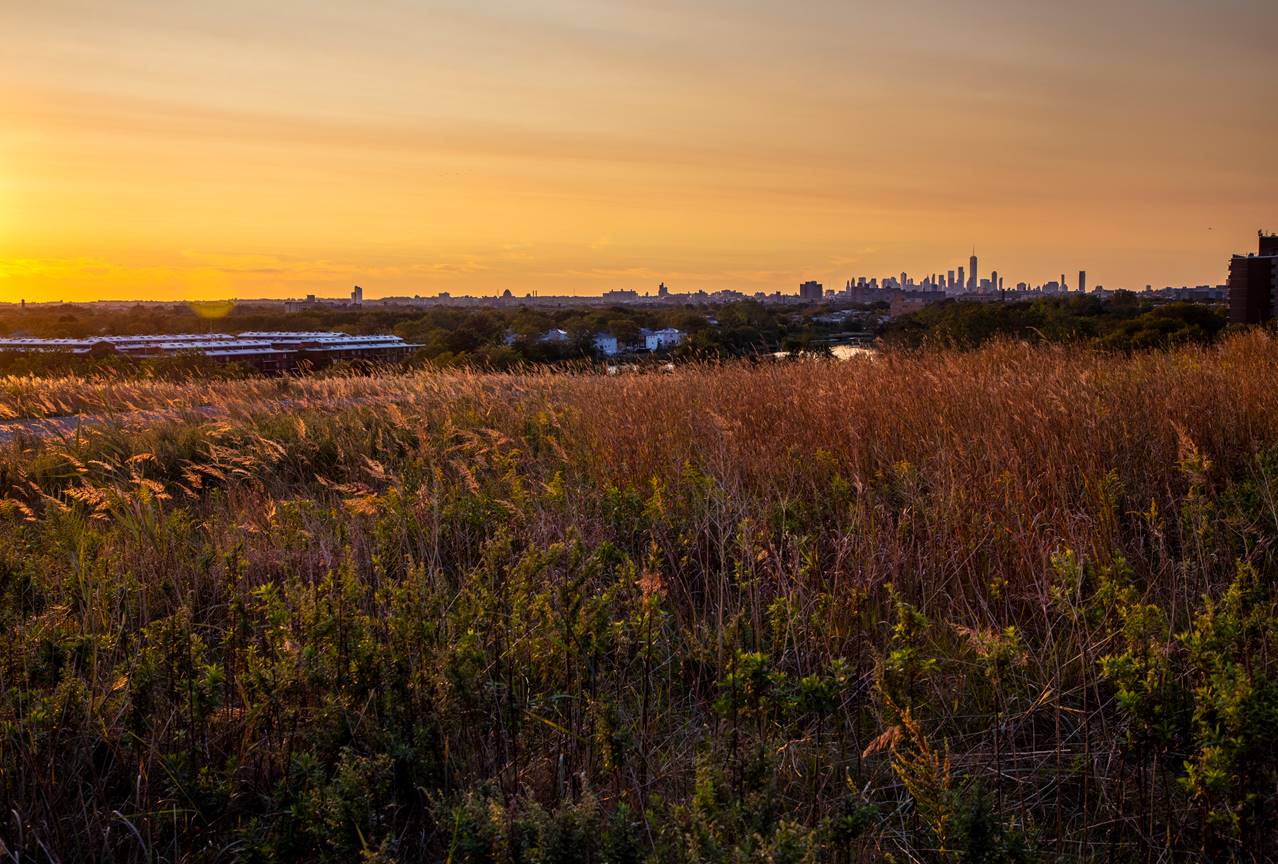 Courtesy of the New York City Department of Environmental Protection

*This event is offered in person; proof of vaccination (for those eligible) and masking are required in order to attend.*

Rising up 130 feet above sea level, this new park occupies some of the highest ground in New York City and offers spectacular panoramic views of the Empire State Building to the northwest, the Verrazano-Narrows Bridge and New York Harbor to the west, and Jamaica Bay to the south. The site, which has never been open to the public before, rests atop the former Pennsylvania and Fountain Avenue landfills. The Penn and Fountain landfills were operated by New York City Department of Sanitation from 1956 to 1983.

After the landfills were closed, the work to reclaim and repurpose the 407 acres of land as a future park began. The first steps were to install an impermeable plastic cap and a below-ground barrier to fully encapsulate the landfills and support future reuse. A below grade methane gas piping system was also installed throughout the property so that all off gassing is carried to the property’s two flares.

More than 1.2 million cubic yards of clean soil – or enough to fill nearly 100,000 dump trucks – was spread up to four feet deep across the site. The site was then planted with more than 35,000 trees and shrubs, and native grassland species. This addition of prairie grass and native plants has created a diverse ecosystem of coastal meadows, wetlands, and woodlands that has attracted a variety of birds and other local wildlife. In addition, this lovely ecosystem works to protect the capped land and prevent erosion.